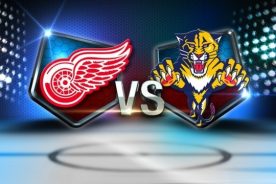 Red Winnings are currently showing perfect results. The team is second in Eastern Conference after 8 games. They got 12 points and scored 26 times. Detroit is only three points behind the current leaders from Montreal, who are going to play next match against Toronto and get another 2 points.

Red Wings are looking forward to keep their winning form and beat Florida Panthers. Detroit is playing well at home having won all 4 games in the season with total score 17:6. Their leaders Vanek and Nyquist got 8 points each.

Panthers had a poor start this season. They won only two games out of last 8. They rank 9 in Conference and lost all three previous away games with total score 7:10. Panthers are real underdogs in the upcoming match and are likely to face serious troubles once again. Their only hope is Marchessault with 10 points in a season. He scored 5 times along with 5 assists.

Florida scores minimum twice in each away game, though they have serious problems with defense. If they don`t fix their defensive game there will be another slugfest. We believe that Detroit will win with total over 4.5. Parimatch sets odds at 2.90.