In Azerbaijan People Involved In Rigged Games Would Be Jailed 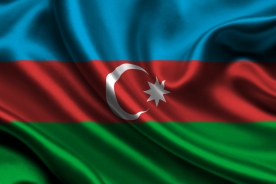 Criminal liability is going to be intended for rigged matches in Azerbaijan. The relevant law was previously filed in the local Parliament. It is noted that people involved in manipulation with sports results will be punished rougher. Thus, the penalty for such an offense would range from 1.7 to 3 thousand dollars. In addition, the enforcement of the penalty by means of imprisonment for up to six – eight years is also possible.

Except for above mentioned, criminal prosecution will be subject to persons who would disseminate knowingly defamatory information about people, who are not involved in match fixing. The similar actions can also be taken in Estonia.

Nowadays Azerbaijan is one of the leading countries in terms of fixed games volume. The possibility of such law enforcement has been long discussed by the experts and political leaders. This law is going to lessen the number of rigged games.