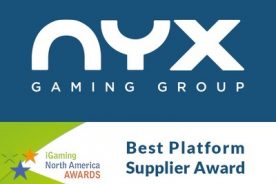 Recently NYX Gaming Group Limited has received a license to conduct gaming activities in British Columbia. It is reported that the company received Class B Supplier license from the local operator. Thus, the company will be able to further strengthen own position on the world gaming market, having started to provide own betting services within the territory of Canada.

Company representatives stated that they were aiming to obtain permission for work only on controlled markets, since it is a good incentive for financial growth. The company welcomes the opportunity to invade the Canadian gaming market.

As is well-known, NYX Gaming operator was first introduced in Las Vegas. The main direction of its operation is the Slots supplying for Slot machines around the world. The company employs about one thousand employees, and has partnered with well-known gaming companies. Chief Executive Director is Matt Davey. The most popular NYX Gaming games are Glorious Empire, Witch Pickings, Gorilla Go Wild, and Spin Sorceress.