27 October 2016/385/0
Sportsbook reviews
HitItBet review User reviews (0)
Sportsbook rating:
Playing at this sportsbook is not safe for your money and nerves. Depositing at HitItBet is like to play roulette. 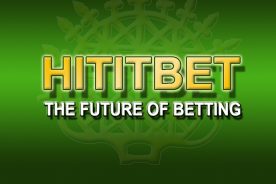 HitItBet is a second-tier European sportsbook. It is focused on Turkish betting market and has been in business since 2007. The bookie has been ranked by SBR since 2013. At first Sportsbook Review covered HitItBet online as C+ betting company. But within a year their rank was lowered to D+. Playing at this sportsbook is not safe for your money and nerves. Depositing at HitItBet is like to play roulette. Even if you win, you cannot get your winning. This HitItBet review will explain the reason of their bad name.

The bookie operates online and has international license issued in Alderney. They also have a number of offline betting shops, which are located throughout the territory of Turkey. Bookmaker has partnered with several European gambling organizations, such as GamCare, GambleAware and GamblingTherapy.

There are two language options of HitItBet sportsbook. The general information and rules are offered only in Turkish. There are some rules which set a gaze. For example they call on players to undergo verification within 30 days. In other case the account will be closed and funds donated to charity. No one knows the name of charity and why verification period is so small. Other bookies verify only when customer withdraws or permit sending verifying documents within 90 days.

Just within a few months when SBR started covering HitItBet they got the first complaint. The old rule of the bookmaker ran that a player, who did not pass the identity verification within a certain time, will be confiscated funds from the game account and donated to charity.

Then, HitItBet promised to stop this practice just after Sportsbook Review intervened in the case. It was just a temporary solution to settle the problem, and then they continued their practice. However another player received slightly different interpretation of the reasons. Money was confiscated in connection with the “gross violation and disregard of rules and regulations” of bookie. HitItBet managers did not refer to specific paragraphs of the regulations which have been violated.

Official website of HitItBet sportsbook is very old-fashioned and a bit ugly. They chose combination of grey and yellow.  On the home page customers can choose one of the main gambling platforms: greyhounds and racebook, sport, casino games, poker and virtual sports. All these categories are in Turkish. When you choose one, the page reloads. There appear a lot of other functions and animations.

If Turkish is not your cup of tea you can change it in the bottom of the screen into English. English is the second language, that`s why some information is not translated into English at all. HitItBet betting is focused on the Turkish gambling market. They offer animation with the top upcoming and current events of Turkish football league, Champions League, basketball and tennis tournaments.

The bookie pays much attention to horse races. Unfortunately racebook page is almost fully in Turkish. They cover the majority of European and Asian tracks. HitItBet provides live streaming of horse races, which is available only for registered customers. Fans of casino games and lotteries can try their hand in Bingo, Battleship, Find 3, Fast Money and several other games.

Sports betting section is not very functional. Bettors can look through calendar and statics. Statistical section provides only scores and results of various football leagues. You can`t find head to head statics or current form of the team. Other sports are even worse covered.

Support team of HitItBet operates round the clock. Phone number is in the home page. It is +90 392 650 50 50. Just below there is a FAQ centre. It contains several advices on account opening, depositing and withdrawing, game rules and more. Like the other important information at HitItBet online, it is not translated into English.

There is email address available for conversation. Send them email at customerservice@hititbet.com. As usual the response time is 40-50 minutes. Employees can answer both in Turkish and English.

The variety of payment options is rather small. Customers can deposit/withdraw using bank cards Visa and Maestro. There are also some Turkish payment systems, such as Garanti CEP, $CEP, Ready Cash Card and Ukash. The deposits are immediate and free.

The bookie accepts accounts in Turkish lira, US dollars, Euro and some other currencies.

Football line is not convenient and you have to scroll a lot to find the proper match. Bettors are able to wager on halftime/fulltime, handicap, double chance, money back, over/under, both teams to score, winning margins and other betting options.

On equal events the odds are set at 1.82-1.85. It depends on the particular market and sport.

HitItBet online betting provides mobile version. But it is not very functional. This sportsbook operates mainly via official site and offline offices. Bonus and promotions are not considered as their policy. They should think of improving these aspects.

HitItBet once again attracted attention after one of their clients reported that the bookmaker intended to donate his account funds to charity from the gaming account. This accusation was not the first in the history of the bookmaker. This year, in July, HitItBet has agreed to cancel the same practice. It seems that the company did not abandon their sadly known rule.