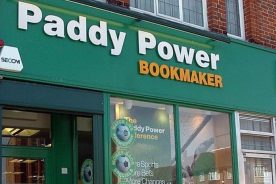 The Advertising Standards Authority in the UK (ASA) warned the Irish betting company Paddy Power for advertising promotions offered by the bookmaker for Cheltenham races. According to the Committee, the promotional video misleads the bookmaker`s clients.

The Committee received 12 complaints of Paddy Power advertisements, in which the comedian Kayvan Novak promises the availability of the offered bets to each client. According to the bookmaker`s offer the customers would receive free bets if their horse finishes second in all races. Novak emphasizes in his advertising speech that the offer is available to all.

Most of appellants drew the attention of the Committee to the fine print in the video. It explained that the offer is not available to everyone.

Paddy Power stated that it had limited the participation for some users who might abuse the bonus. Thus, only 0.5% of the bookmaker`s customers fall under this category.

According to ASA, the text of the advertisement runs that the offer is available to every user. In this regard, the Committee asked the bookmaker to remove advertising in its current form.