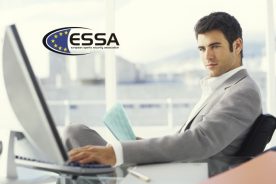 ESSA chairman, Mike O’Kane claimed that he encouraged a discussion and integrity with Tennis Review Panel. He also noted that there statistics for the third quarter of 2016 is just the same about the same as for the previous six quarters. Tennis is still heavily leading among other sports. TIU made the long-awaited completion of their investigative team, however, implementation of other recommendations, unfortunately, is not provided, whereas the number of notifications keeps growing.

In his article, O’Kane also made a point of the findings in a recently published document of British Gambling Commission. They did not find any evidences that the risks in live bets are higher than in the pre-match. The fairness report of ESSA for the third quarter includes the Commission’s decision to continue regulating, but not restricting of live bets.