Joey Barton Is One Match Suspended for Bets on Football 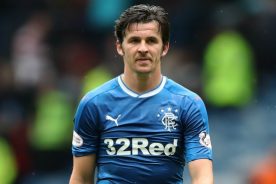 As it turned out Joey Barton has placed 44 bets on football matches at the sportsbook. It is heavily prohibited by the rules of Scottish Football Association, according to which professional players and coaches of clubs participating in tournaments under the auspices of SFA, do not have the right to wager on football.

The punishment for Joey Barton appeared to be so light because the English player did not place bets on the matches of his club and cooperated with the investigation. The disqualification extends to the matches of the professional leagues of England. Thus, if Joey Barton will continue his career in one of the clubs in England, he will still need to complete his term of one-match suspension. At the moment, Joey Barton is a free agent, having cancelled the contract with the Rangers on 10th November.