Tabcorp is intended to go into litigation with the Australian authorities 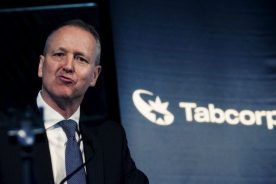 The press service of one of the largest and most popular bookmakers in Australia, Tabcorp, prepares the filing of documents to the civil court to appeal against the decision to ban the bookmaker`s advertising on TV.

It is reported that the advertising agency of Australia a few days ago found that, promotional video of Tabcorp bookmaker displayed on TV in October 2016, contradicts the rules of advertising and marketing communications code.

The advertising agency of Australia believes that advertising encourages excessive bets engagement, which violates the rules of the Australian television. The leadership of Tabcorp does not consider this promo to be violating, and is intended to obtain justice in the Australian civil court.

Tabcorp is an Australian bookmaker providing wagers on sports, Casino, and Keno games.  It is a part of Tabcorp Holdings. It can boast of over four million active players. It provides own live streaming due to paid TV channels. Tabcorp is one of the top gaming companies in Australia.