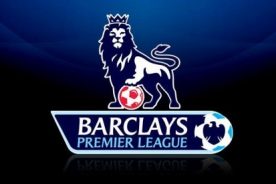 On Saturdays the majority of EPL Round 10 matches were played. Arsenal, Liverpool and Manchester City won and remained on top, while Spurs and Red Devils failed to get 3 points.

Arsenal had no problems in away game against Sunderland. Black Cats lost 4th consecutive game with 1:4 score. Arsenal won due to Sanchez and Giroud goals. Both of them scored twice in the game.

Man City and Liverpool won their away games too. Citizens destroyed West Brom 0:4 and Liverpool could score more than Crystal Palace 2:4.

Manchester United after home win against Manchester City in League Cup could not score in game against Burnley at Old Trafford.  Red Devils did their best to make 37 attempts during the game, but away team managed to get draw due to brilliant game of Tom Heaton who produced several saves. Last 20 minutes Burnley had an advantage as Ander Herrera got second booking.