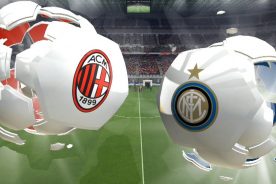 On Sunday, November 20th, Italian Serie A will offer very interesting rival between Inter and Milan. Of course, it will be the central match of the Matchday.

In the last five matches Milan got four victories with only one loss from Genoa. They got victories over Chievo, Juventus, Palermo and Pescara. These results allowed Montella`s team to reach to the third place in the standings of the Italian championship.

Inter cannot boast of similar results. The team lost a lot of points at the beginning of the season due to changes in the coaching position. Before the upcoming confrontation Inter has 17 points and takes the ninth place in the standings. It is worth noting that this match will be the debut for a new couch Piyoli.

Montella knows pretty well the capability of own team, whereas Piyoli has just started working in a new team. Nevertheless bookmakers do not take responsibility to allocate any of the teams, which is quite reasonable. Milan is considered to be in the best shape, but Inter will try to please their coach and fans in the first game. Besides, Milan is very obstinate this season, so we accept a tough game. Both teams will try to play attacking football, so we suggest placing bet on “both to score”. William Hill sets odds at 2.8.